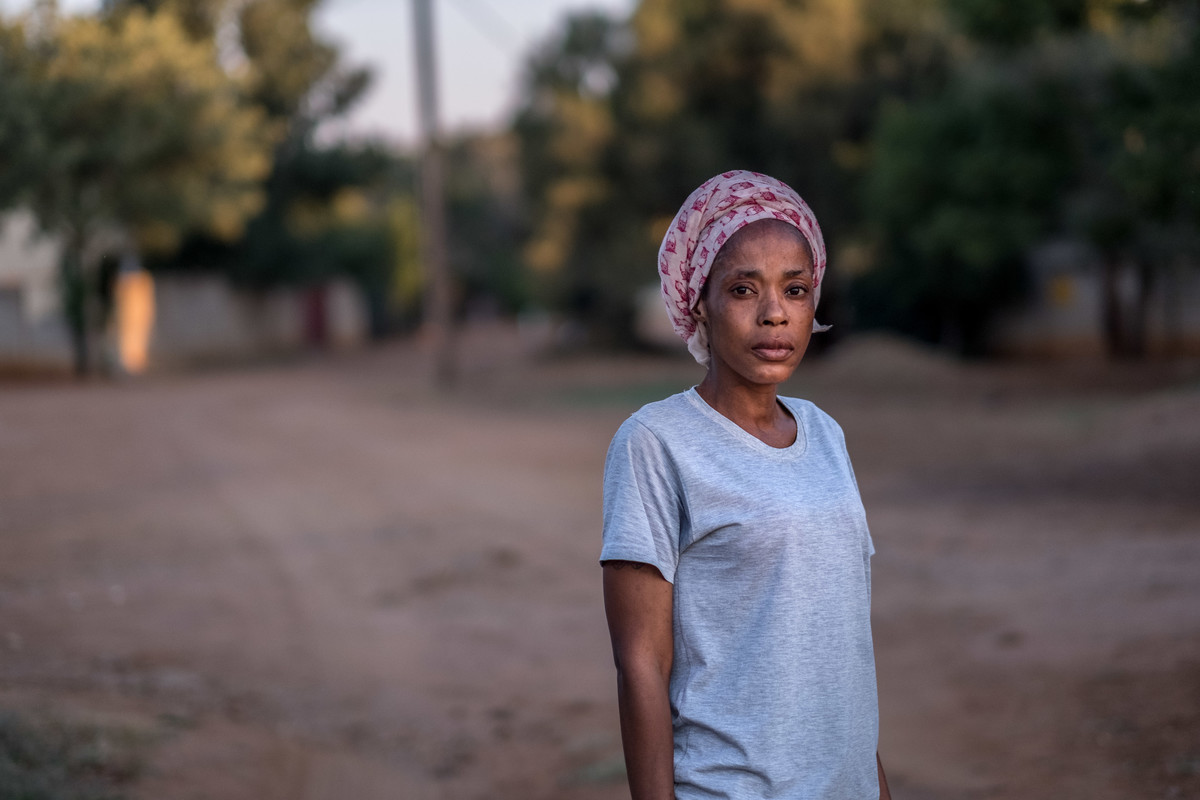 IPPF is committed to ensuring sexual rights for all includes freedom and protection from harm.

1. In 2014, it was estimated that there are 21 million women, men and children in forced labour – either trafficked, held in bondage or working in slavery-like conditions - and that this was generating $150billion in illicit profits.Trafficking is reported to involve nearly every part of the world as a place of origin/recruitment, transit or destination.

2. Due to recent enhanced research methodology, in 2016 this figure is estimated to be closer to 46 million people enslaved in 167 countries. The types of enslavement include human trafficking, forced labour, debt bondage, forced or servile marriage or commercial sexual exploitation.

3. Women and girls account for 70% of detected victims of global human trafficking and sexual exploitation accounts for 53% of detected forms of exploitation. Within these statistics there are clear links and consequences for the Sexual and Reproductive Health and Rights (SRHR) of victims. Trafficking is often a ‘gendered crime’ with evidence currently suggesting that those trafficked into the sex industry and as domestic servants are more likely to be women and children.

4. The limited research on the health impact of survivors reported high levels of physical and/or sexual abuse before (59%), during (95%) and after their exploitation with commonly reported health problems after the trafficking experience that include sexual and reproductive health problems.

5. Forced Labour or Modern Slavery is a global problem and constitutes a ‘high’ or ‘extreme risk’ in 115 countries representing almost 60% of countries being at high risk of using slave labour in their supply chains.

6. The United Kingdom is ranked as one of the top 10 countries taking the most action to combat modern slavery; this has been characterized by strong political will, substantial resources, and a strong civil society that holds governments to account.

7. The Modern Slavery Act 2015, and the responsibility it places on companies has contributed to this positive ranking. The Act integrates human rights into the UK regulatory framework by ensuring that perpetrators of modern slavery crimes are suitably punished, providing defence for victims of slavery and trafficking and requiring businesses with income over a certain threshold to produce a statement  setting out the steps they have taken to ensure there is no modern slavery in their own business and their supply chains. This statement requirement applies to IPPF; so outlining transparency in IPPF supply chains will have Federation wide implications.

8. It is this requirement alongside the increasingly prevalent issue of forced labour and human trafficking and their links to abuses of sexual and human rights that has prompted the development of this policy with the aim of further positive action across the Federation. Guiding Principles

9. Forced labour and human trafficking are a global crime resulting in an abhorrent abuse of dignity and human rights which disproportionately affect women and children. This policy, however, is aimed towards all persons who may be adversely affected by forced labour and human trafficking including women, men, children, transgender, intersex, non binary persons, persons with disabilities, those who use drugs, those trafficked for sex.

10. IPPF finds the practice of forced labour and human trafficking unacceptable and takes a position of zero tolerance towards trafficking in human beings for sexual and labour exploitation.

11. IPPF will take a number of proactive steps both at Secretariat and MA level with the aim of ensuring that this practice does not exist at any level of the organisation and that the best possible support, care and compassion is provided to the victims of this crime with whom IPPF comes into contact, in particular within the field of SRHR.

12. In developing this policy, IPPF is making a commitment to uphold Point 5 of the IPPF Declaration of Sexual Rights: Ensuring sexual rights for all includes a commitment to freedom and protection from harm.

13. A key aim of this policy is to mobilise IPPF Member Associations around the world to develop and implement their own policies, raise awareness and in particular advocate on behalf of victims of forced labour and human trafficking whose SRH Rights have been violated. This aligns with IPPF Strategic Framework Secretariat Implementation Plan Outcome 1, Priority 1 to galvanise commitment and secure legislative, policy and practice improvements.

14. This policy extends to all IPPF staff and volunteers. IPPF believes that all those working for IPPF should not engage in activities and/or be involved with entities that violate human rights.

15. This policy places an onus on the Federation’s affiliates to demonstrate their commitment against forced labour by making efforts to ensure that their entire supply chain is free from forced labour and/or trafficking.

16. This policy reflects the need to make an active contribution to a global issue and give a voice to those persons and populations affected, in particular where victims’ sexual health has been adversely affected and they lack access to adequate sexual and reproductive health care.

17. The sexual and reproductive health of the victims of forced labour and human trafficking for sexual exploitation, should be recognised at local, national and international policy levels as an integral element to the full achievement of SRHR across the Federation.

18. This policy is distinct in its focus on forced labour and human trafficking and is separate from the subject of sex work and sex workers’ rights.

At the implementation stage of this policy, IPPF will conduct further consultation with MAs and their target groups to ensure the most appropriate approach to policy implementation.

19. IPPF secretariat will carry out due diligence checks with partners and suppliers to ensure that our entire supply chain is free of slavery and trafficking. These checks will be embedded into Secretariat-wide principles and procedures with regular monitoring of implementation.

20. IPPF Secretariat will complete an annual statement in compliance with UK Government requirements setting out the steps we have taken to ensure that our supply chain is free of slavery and trafficking.

21. IPPF will ensure all Secretariat staff fully understand and comply with this policy, and monitor compliance.

22. IPPF will provide support and guidance to MAs in order to establish country specific policies and procedures to address the issue of forced labour and ensure that MA supply chains are free of trafficking and slavery. E.g. Due diligence checklist, regular monitoring and compliance, staff policy briefing.

23. IPPF Secretariat will encourage greater knowledge sharing, networks and learning amongst MAs around the issue of forced labour and human trafficking, in particular aiming to offer sexual and reproductive health care and rights for individuals who have been affected by sex trafficking.

24. IPPF Secretariat will support governments in the development of legislation on the SRHR implications of this issue.

25. The Federation will work within its powers to provide support to victims of human trafficking and address any SRHR needs that may develop as a result of their experience.

26. As a means of becoming a more open and transparent Federation, IPPF will publish a list of suppliers, recruiters and contractors to map the IPPF supply chain and encourage MAs to do the same.

27. IPPF Secretariat will work closely with MAs to raise awareness around the issue of forced labour and human trafficking and in particular its impact on the SRHR of those affected.

28. As a minimum, IPPF expects that MAs make efforts to ensure that their supply chain is free of slavery and trafficking and that the SRHR needs of victims of these crimes are integrated into their work. IPPF will work with MAs to support them to achieve this aim.

29.The recruitment, transportation, transfer, harboring or receipt of persons, by means of the threat or use of other forms of coercion, of abduction, of fraud, of deception, of the abuse of power or of a position of vulnerability or of the giving or receiving of payments or benefits to achieve the consent of a person having control over another person, for the purpose of exploitation.

30. Human trafficking into the sex sector is not the same as sex work. Where consent is absent for reasons including threat or use of force, deception, fraud, and abuse of power or involvement of a child, such activity would constitute a human rights abuse which must be treated as a criminal offence.

31. Slavery is the status or condition of a person over whom all or any of the powers attaching to the right of ownership are exercised. Given that legal ‘ownership’ of a person is not possible, the key element of slavery is the behaviour on the part of the offender as if he/she did own the person, which deprives the victim of their freedom.

32. Forced labour is defined as work that is performed involuntarily and under coercion. It can take place in any industry including in the informal economy. Many victims in particular women and girls are subjected to commercial, sexual exploitation, but forced labour is also prevalent in sectors such as agriculture, fishing, domestic work, construction, manufacturing and mining.

33. Female, male and transgender adults who receive money or goods in exchange for sexual services, either regularly or occasionally, and who may or may not consciously define those activities as income generating.

As a means of supporting the implementation of this policy, MAs may wish to introduce or develop a number of initiatives which will contribute to the fight against modern slavery and human trafficking, in particular, for sexual exploitation. These initiatives may include:

a. Direct and/or indirect victim assistance including protection of and support for those who have been affected by human trafficking.

b. Taking a strong stand against modern slavery where this is relevant in the public debate or in the political environment.

c. Lobbying at a local, national and international level where forced labour and human trafficking standards are not being met.

d. Adoption of an openly anti-trafficking stance in outward facing work including with clients, partners, staff, volunteers, donors and other stakeholders. As adopted by Governing Council, November 2016